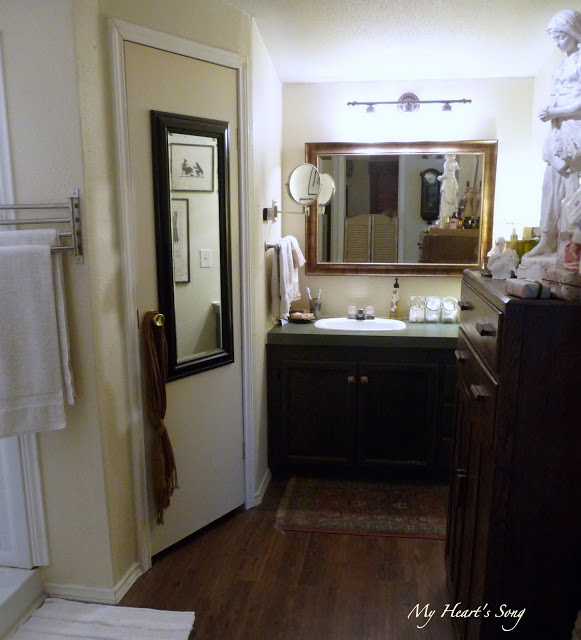 When we purchased our home, the Master Bath was the part of the house that discouraged us the most.  There was a lot of water damage, and how can I say it nicely ... well it was "Really" dirty!  In fact, it was so bad, it was the last room we worked on.  I've gathered just a few pictures to document the
Before and After 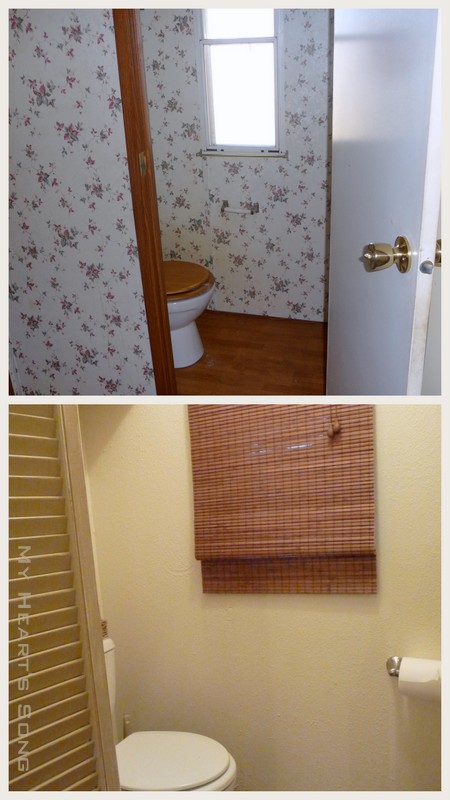 We removed the door to water closet because it opened in front of Buzz's closet door, and when it was closed, it made the room to dark. We found the swinging bar doors at ReStore (Habitat for Humanity) and other than distressing them a little bit, we used them just as they were. 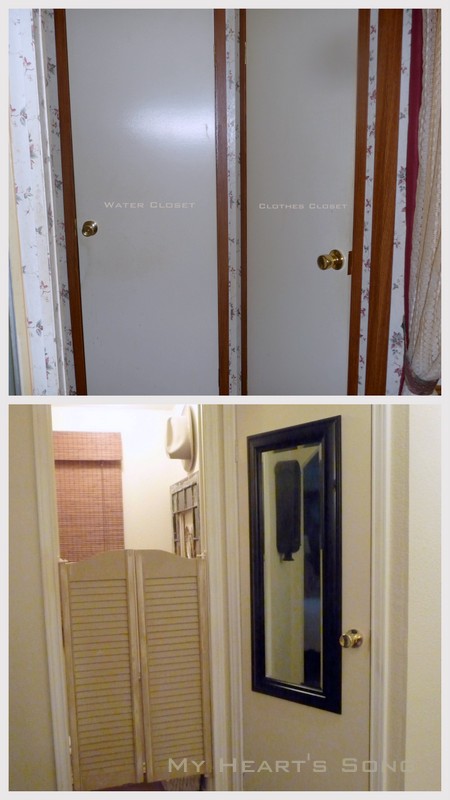 We removed the garden style tub, and replaced it with a large walk in shower. The only downside to this is that we no longer have a window in our bath room. 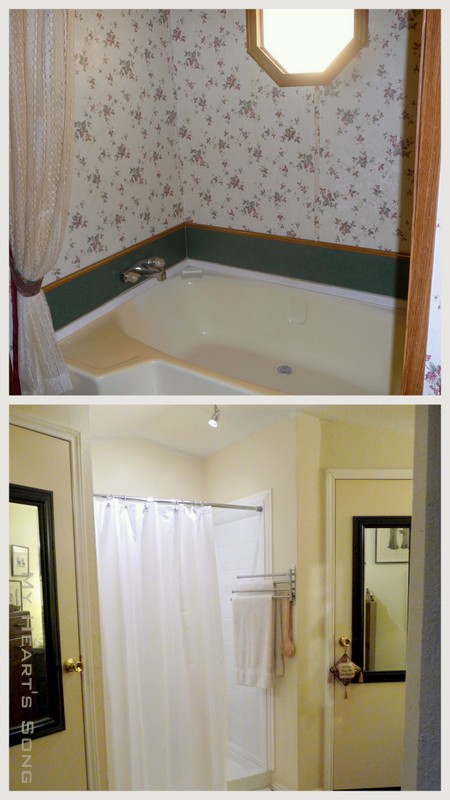 We eventually want to replace the vanity & sink, but for now, we've freshened it up with paint. We also added a light fixture that we refinished from ReStore (see link below). 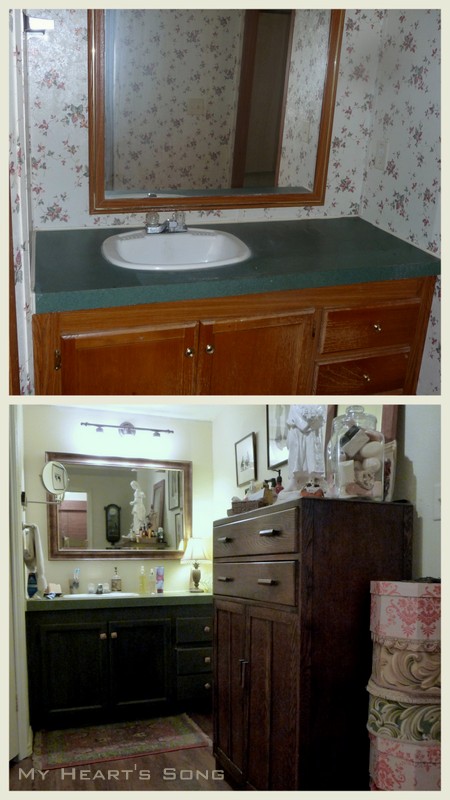 The original shower was in horrible condition, and since we had opted to replace the garden tub with a shower, we decided to remove this one.  Removing it really opened up the bathroom and gave us space for the large cabinet that holds our towels and other linens. Also, you may remember, there was another door going into the bedroom between the vanity and this cabinet.  We're so Happy that we closed it off. 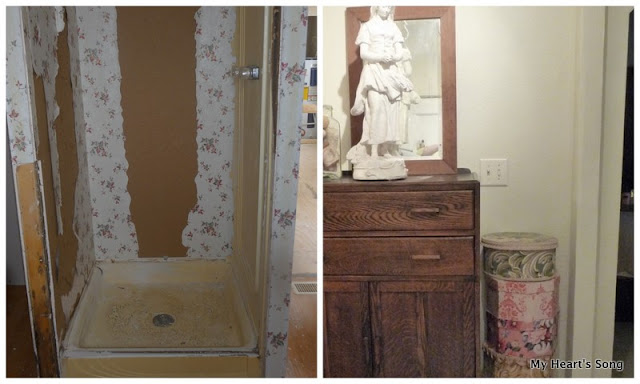 A few pictures of the Process 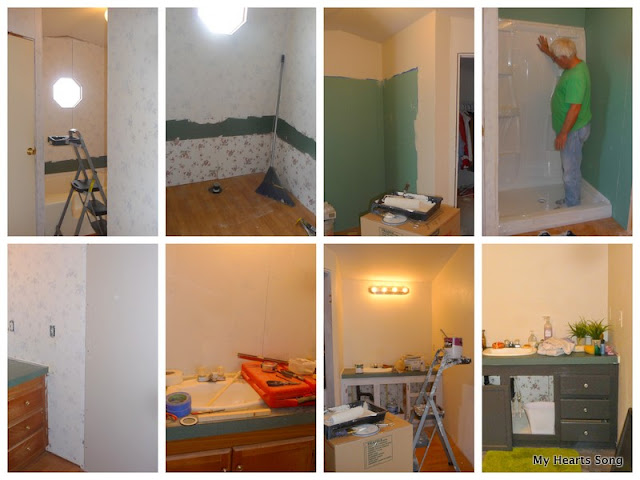 See the Q & A section of my blog if you want to learn more about what we did.
(See link below) 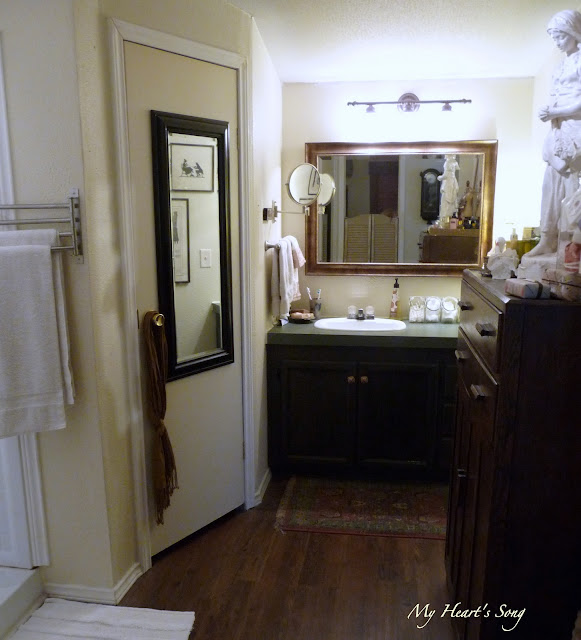 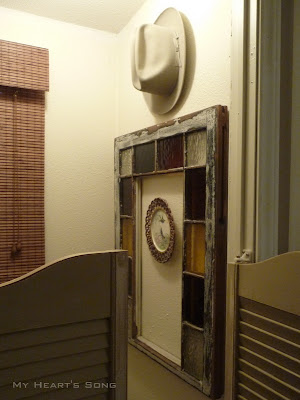 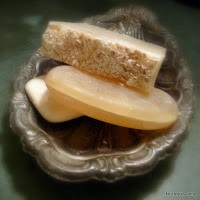 The remodeling process included:
Removing the garden tub and shower, closing up one of the doors entering the bathroom (it was in front of the vanity), priming, taping/bedding, texturizing, painting, adding new flooring & light fixtures, replacing the door into the water closet with swinging bar doors we found at ReStore and of course a lot elbow grease.

We still have more we want to do, but we can honestly say that this is one of our favorite rooms in the house right now. 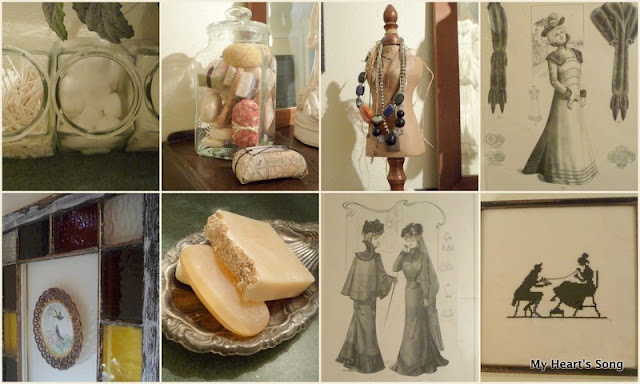 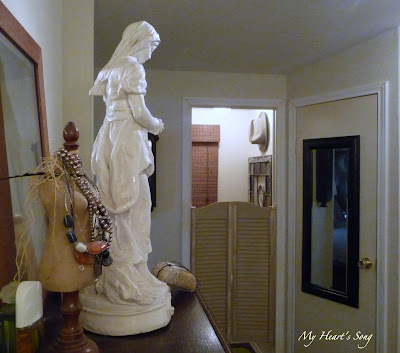 Buzz gave her to me just before we moved ...


I'm so glad she has a place of honor in our new home. 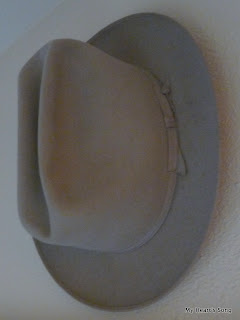 Homage to Buzz...
Who made it all possible 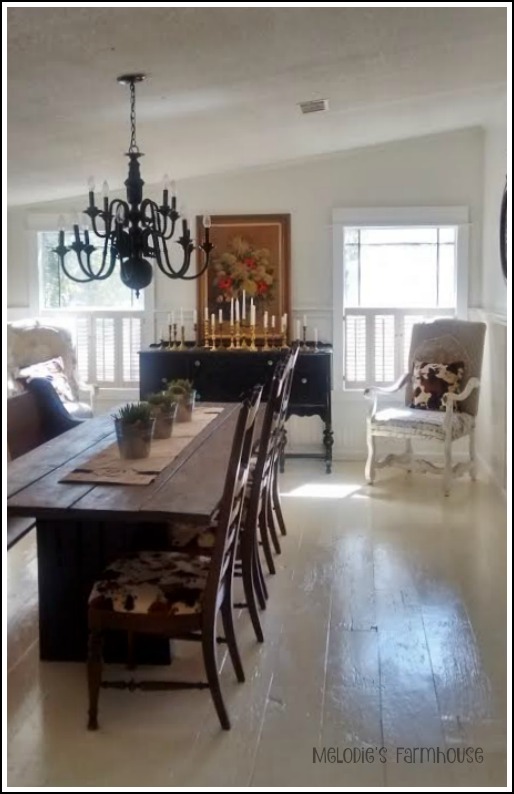 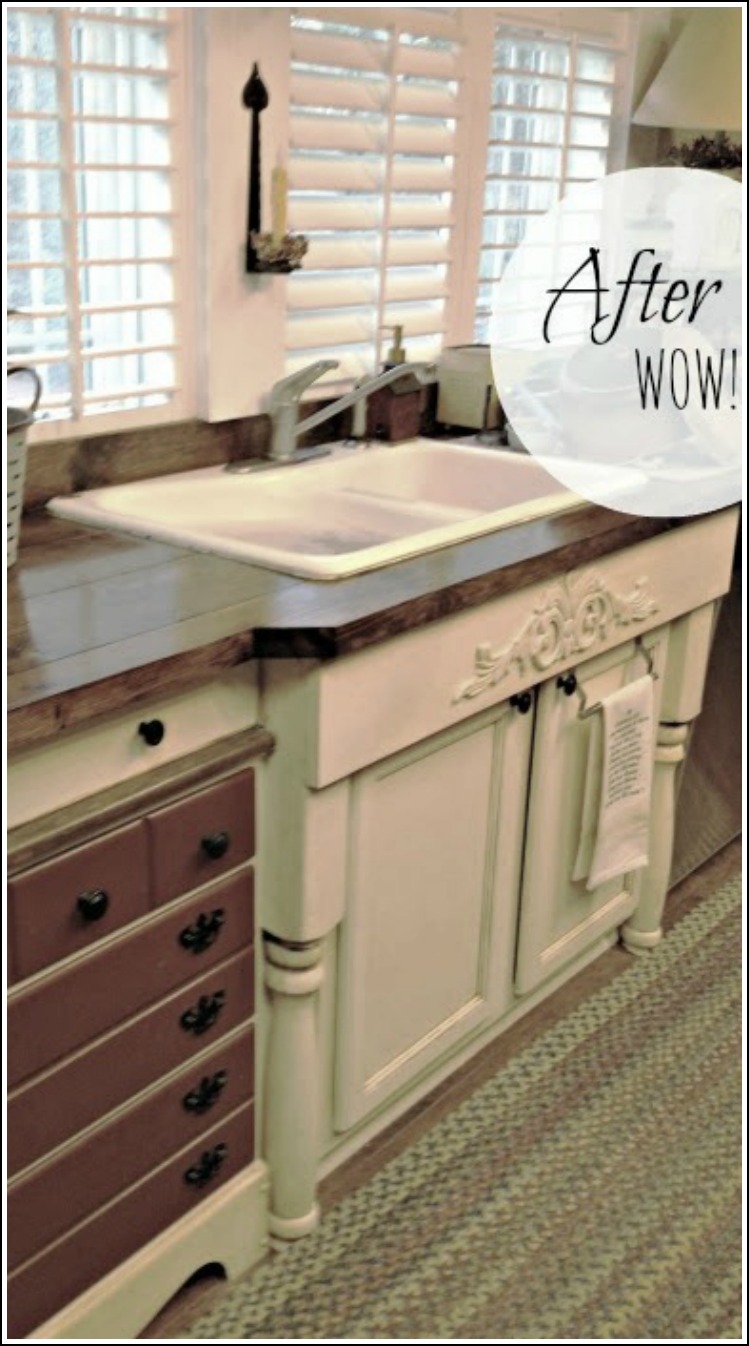